Mutability: A Tin Can Tourist's Trip to Downtown Tallahassee 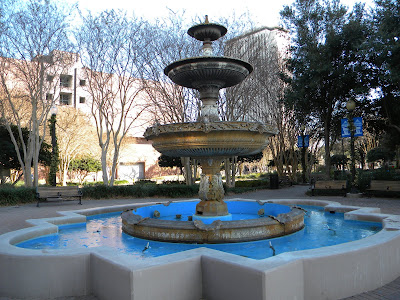 When the mercury dropped to record lows over the weekend, Secret Aging Man and I--temporarily known as Tin Can Tourists--had few options for entertainment, but that fact didn't spoil our fun. We awoke on Saturday morning to realize that we had not left the water dripping from the faucets as my mom had wisely suggested in her phone call the night before. Fortunately, the pipes in the camper were not damaged, but an ice plug in a hose leading from the outside faucet to the camper was obstructing the flow of water. A neighbor camper--much more experienced at this sort of thing--said she had filled up her water tank on Friday evening and disconnected the outside hose. I learned something else that morning: the shower house at the campground is clean, warm, and seldom used by anyone else, which is just what I like. With showers out of the way, now what do we do? The usual outdoor activities we have begun to enjoy around Tallahassee like hiking and garden walking were out of the question. A quick online search revealed a new-to-us treasure--the Museum of Florida History. Our treasure map took us by this fountain in the Kleman Plaza. Ice in a fountain in Florida's capital is not something you see every day. 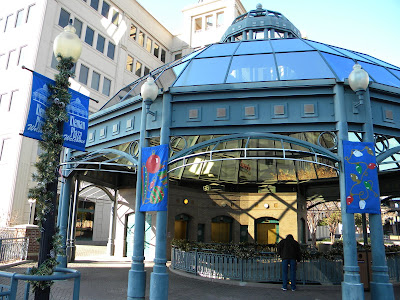 I'm sure this plaza is filled with people on warmer days. We didn't see too many of them on Saturday, which is another something that I like. I get to take pictures without feeling like I'm invading someone else's privacy or getting stared/glared at. 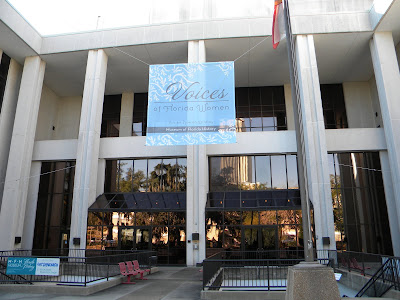 I wonder what kinds of voices Florida women have that make them special? Is it just the drawl that sets them apart, or do those voices find expression in unexpected ways? I didn't get to find out on this visit. The ice plugged water line and late start in the day had prevented us from taking our time, and so did a supper invitation from one of SAM's new colleagues. I'm sure I will be back to get my answer before this display leaves the building sometime in April. 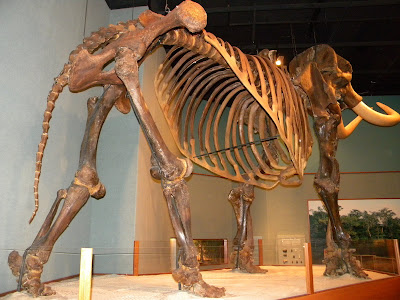 Florida's strange history would not be complete without a giant mastodon to consider. These giants disappeared along with the ice sheets that used to cover much of the earth during the last great ice age. No one has been able to figure out exactly why this happened. Were the furry beasts not able to cope with the blazing heat that soon became the norm, or did too many Fred Flintstones and Barney Rubbles find those ribs irresistible? 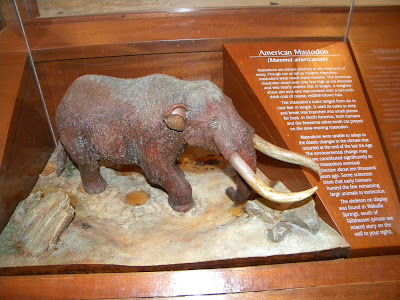 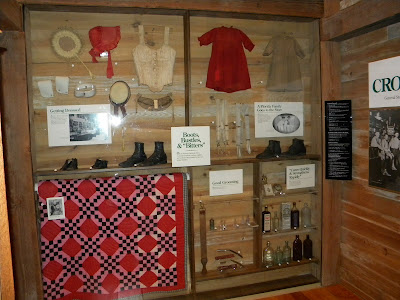 Here is another display that caught my eye. "Boots, Bustles, & Bitters" sounds like it would make a great song title. I'll have to get Daughter to come up with a good tune while I think of some lyrics. It will be something to keep our minds occupied on these long, cold winter nights and sure beats watching the idiot box. 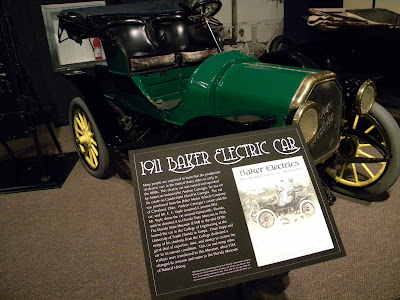 It's too bad this idea didn't catch on back then. We could have avoided all kinds of trouble and countless debates over climate change. 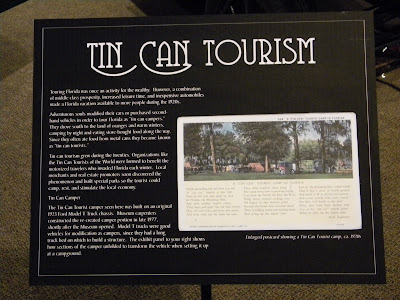 Florida would not be the state it is today without the influence of these itinerants. I've become an expert in short order at this sort of thing. 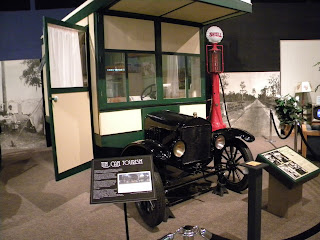 I'm happy to report that our world on wheels is a little fancier than this model. It's perfect for one person most of the time and just about right for two people some of the time, especially when it's not so cold outside. 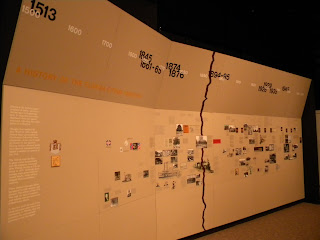 It's a little hard to believe that Florida's citrus history stretches this far back in time. That thing that looks like a crack in the wall represents a huge rift in the history. It was caused by another Great Freeze in Florida that occurred in the 1890s. 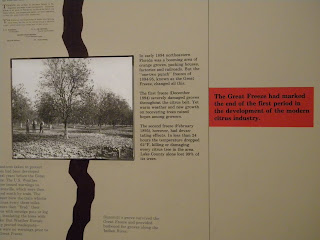 By the time I got home yesterday, the damage to the pink grapefruit trees had already been done. All of that lovely growth I was crowing about not long ago has retreated and left behind nothing but these brown-paper memories of former glory. The trees might still be okay if we don't have any more severe cold snaps this winter. There is a chance that new leaves will appear in the spring. 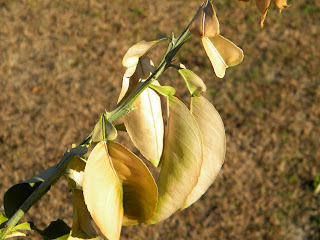 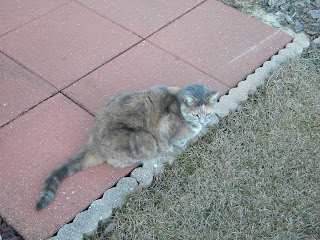 I finally coaxed Peanut out of the house and into the sunshine this afternoon. She will never get used to living in Alaska at this rate. 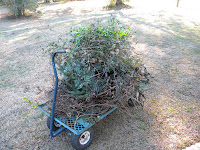 I filled up the cart three times today with trimmings from the frost-bitten garden. It was necessary to keep the yard looking presentable to potential homebuyers, and it's one of those chores I don't mind doing when the mercury makes its ascent into the range of normal again.
*********************************************
From low to high doth dissolution climb,
And sink from high to low, along a scale
Of awful notes, whose concord shall not fail;
A musical but melancholy chime,
Which they can hear who meddle not with crime,
Nor avarice, nor over-anxious care.
Truth fails not, but her outward forms that bear
The longest date do melt like frosty rime,
That in the morning whitened hill and plain
And is no more; drop like the tower sublime
Of yesterday, which royally did wear
His crown of weeds, but could not even sustain
Some casual shout that broke the silent air,
Or the unimaginable touch of Time.
--"Mutability" by William Wordsworth, 1822--
Posted by walk2write at 01:50